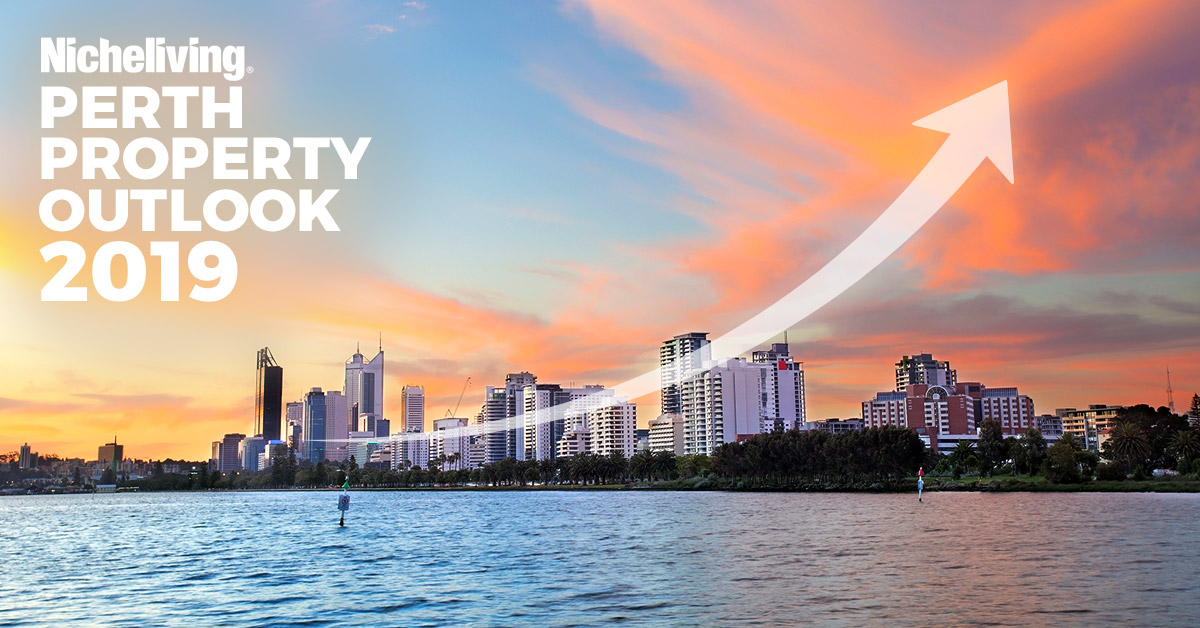 The Perth property market will continue its recovery in 2019. As the market continues to gather momentum in its next natural cyclic upswing, the main drivers will be tied to the recovery of the mining sector, which is currently entering its newest expansion phase.

There are also other low-lying factors however, that will cumulatively fuel growth, not only throughout 2019 but over the coming decade as well.

The biggest factor will be migration from nearby Asian countries, particularly those in our time zone, by a populous increasingly seeing Perth as “on the map” for many important reasons. The opportunities, the lifestyle, the facilities, the political stability, and the convenience have always been attractive factors for our neighbours. With the Perth property market having reached attractive levels and now showing significant upside potential, we present as the obvious land of opportunity down under in 2019. Moreover, as markets on our eastern seaboard decline, Perth becomes even more attractive to Asian investors.

In the 2016/17 year, 75% of Western Australia’s business migrants came to the state from China, Malaysia, and Singapore, a trend which has been consistently growing over the past 5 years. This is reflected by 2016 WA Census data which shows that over 40,000 current residents had migrated from overseas in the previous year (over 175,000 in the previous 5 years). Next to English, 4 of the 5 top languages spoken in WA households are Asian-based.

Liveability and Amenity
Taking into account factors such as Stability, Healthcare, Culture and Environment, and Education and Infrastructure, The Economist Intelligence Unit has consistently ranked Perth among the world’s most liveable cities. The metro region is experiencing rapid growth in hotels and resorts with 11 major hotel projects currently under construction or committed, close to doubling the number of rooms in the CBD and increasing choice in other key centres. New facilities and infrastructure additions such as Perth Stadium, Metronet, significant road and highway upgrades, and world-leading healthcare facilities (3 major hospital and health campus expansions and improvement projects funded in the Federal budget) are improving the already high living standards of WA residents. This further boosts Perth’s global reputation as a highly desirable and liveable city.

Western Australia’s geographic advantage is also presenting significant and growing international tourism opportunities. The business advantage of sharing a time zone with China, Malaysia, and parts of Indonesia, and the direct airline connections to London (established) and Tokyo (slated for September, 2019), are both driving tourism to the state and providing an economic boost for Perth as well as WA’s regional tourist destinations.

The New Mining Boom
What was widely reported as the “end of the mining boom” several years ago was in fact a natural progression from the expansion to production phases of the commodities cycle. Having lowered the cost of production, many companies scaled back infrastructure and capacity building activities to focus on maximising profits via sustained production. However, massive projects like BHP’s multi-billion dollar South Flank project, and Woodside’s Greater Enfield Development are heralding a new move by the world’s biggest resource companies back towards expansion in Western Australia.

As well as our traditional natural resource outputs, Australia has the fourth highest reserves of both cobalt and lithium in the world. Both these resources are essential in the production of rechargeable battery’s such as those used in domestic and commercial renewable energy systems and are widely considered to be key resources of the near future. Western Australia currently supplies 1/3 of the world’s lithium, and many miners are currently exploring downstream possibilities for local conversion plants. Tianqi’s Kwinana plant, 36km from the CBD, is the first significant example of this.

Real Estate Market Conditions
The 2018 December quarter showed some positive news for the Perth market with the median house price increasing by over 5% to $510,000. This brought the median back in line with the 2017 December quarter median. This stability suggests that the downward part of the WA property cycle has run its course.

Meanwhile, Perth’s rental vacancy rate has been steadily declining for the past several years and asking rents have been increasing for the last 12 months. This increase in both yields and renter demand is creating a firm foundation for investor activity, which we see increasing through 2019.

Australia’s cash rate has remained at a record low 1.5% for over 2 years and despite strengthening fundamentals, the RBA shows no signs of raising rates in the near term. In fact, AMP Capital’s Chief Economist Shane Oliver tweeted just this week that he believes the RBA will in fact drop rates twice this year.

There has also been talk from all sides of the political spectrum about promoting housing affordability. While the mechanisms to achieve this may vary, the focus is squarely on increasing the supply of new builds, particularly in well-located infill suburbs. This has always been the territory of Nicheliving developments, and we are excited about the opportunities ahead.

While there may be varying opinions on this renewed market activity, our considered view is that the Perth market is naturally swinging out of its downturn, beginning its recovery, and heading towards further growth over the coming years.

As an expert property developer in Perth, we offer comprehensive services across new home & land and apartments, project marketing, construction, financial services, real estate sales and property management. Contact us today on 08 9483 0000 or visit our website to find out more!